Men Nutrition Jiandetang > Fashion >
Abstract: Guo Qi'ai sees doctors for villagers Guo Wei attended the junior high school at the age of 17 and followed his father Guo Qi'ai to study medicine. At the age of 19, he entered the village health clinic to work.

In the martial arts novels, there are such a group of people who live in secluded mountains, fly leaves and pick up leaves to remove ills, take pulses to ask for a diagnosis, and save countless people. They are full of chivalry and are called "chivalry doctors."

Guojiaba Town, Zigui County, Hubei Province is located in the Xiling Gorge on the south bank of the Yangtze River. It is a large town in the Three Gorges Reservoir area. Facing the Yangtze River here, there are endless mountains behind. 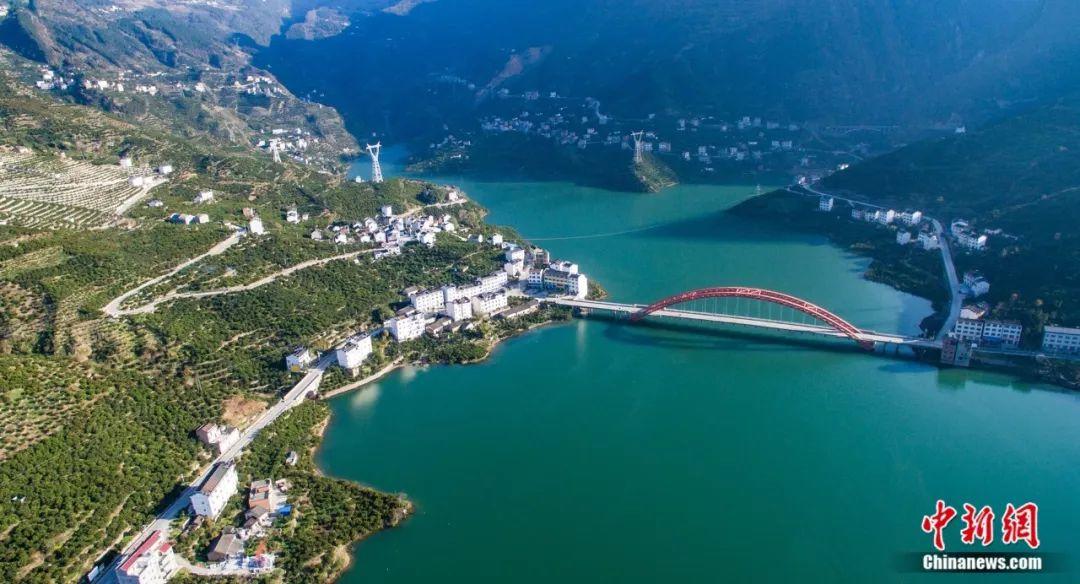 Guojiaba Town faces the Yangtze River. Behind it are endless mountains. Photo by Zheng Jiayu

The four generations of the Guo family have been rooted for hundreds of years. They traveled mountains and rivers, entered the villages and households, and brought health and hope to the people on this land. They adhered to the original intention of helping the poor in the century-long family training that exudes the fragrance of Chinese herbal medicine. To this day, they still use the cheap, efficient, and simple "Guo's recipe" to relieve the pain of the common people, and the common people call them modern "chivalry doctors".

One "Four Jie" has a succession

Guo Wei's grandfather Guo Changhe and his father Guo Qi'ai are well-known old Chinese medicine practitioners in Guojiaba Town. When they passed to Guo Wei, they were the third generation.

In 1920, 11-year-old Guo Changhe was maimed by his right leg when he was interrupted by a tartar. In order to eat a bite, he dragged his illness to a famous doctor in Yuankouping Village, 30 kilometers away, as an apprentice. Mr. Jiang solemnly lifted his pen and dipped his ink, and wrote Zhang Zhongjing's famous sentence "Upward to heal the illness of his parents, and down to save the poor and poor" on Guo Guohe's paper. From then on, these two words that penetrated through the paper were engraved deeply in Guo Changhe's heart.

From the age of 11, Guo Changhe followed the master Paotang to get medicine and concentrated on learning the basics of Chinese medicine. At the age of 16, he returned to the village to sit alone. Because of the inconvenience of legs and feet, the mountain road is steep, and when encountering an emergency patient, Guo Changhe sat on a slide to visit the clinic. As long as he lifted the slide, "Mr. Guo has arrived", the patient's family members can breathe a sigh of relief. Guo Changhe has practiced medicine for 62 years, and he has given medicines to the poor people and healed the pain. He was hailed by the villagers as "sacred doctor".

Guo Qiai, who had grown up from a young ear and smelt the scent of medicine, was very talented in traditional Chinese medicine. At the age of 19, he became famous outside the village. At the age of 20, Guo Qiai was recruited to work in Guojiaba Town Union Health Center (now the predecessor of Guojiaba Town Center Health Center). Because of his skill in medicine, he was recommended to study at Hubei College of Traditional Chinese Medicine in 1953. In 1960, he was a lecturer at Zigui Branch of Hubei College of Traditional Chinese Medicine. He was one of the four lecturers selected by Zigui County at that time, and trained a large number of backbones of Chinese medicine for the local area.

Guo Qi'ai practiced medicine until his death at the age of 85, leaving more than 50 secret recipes in his life. 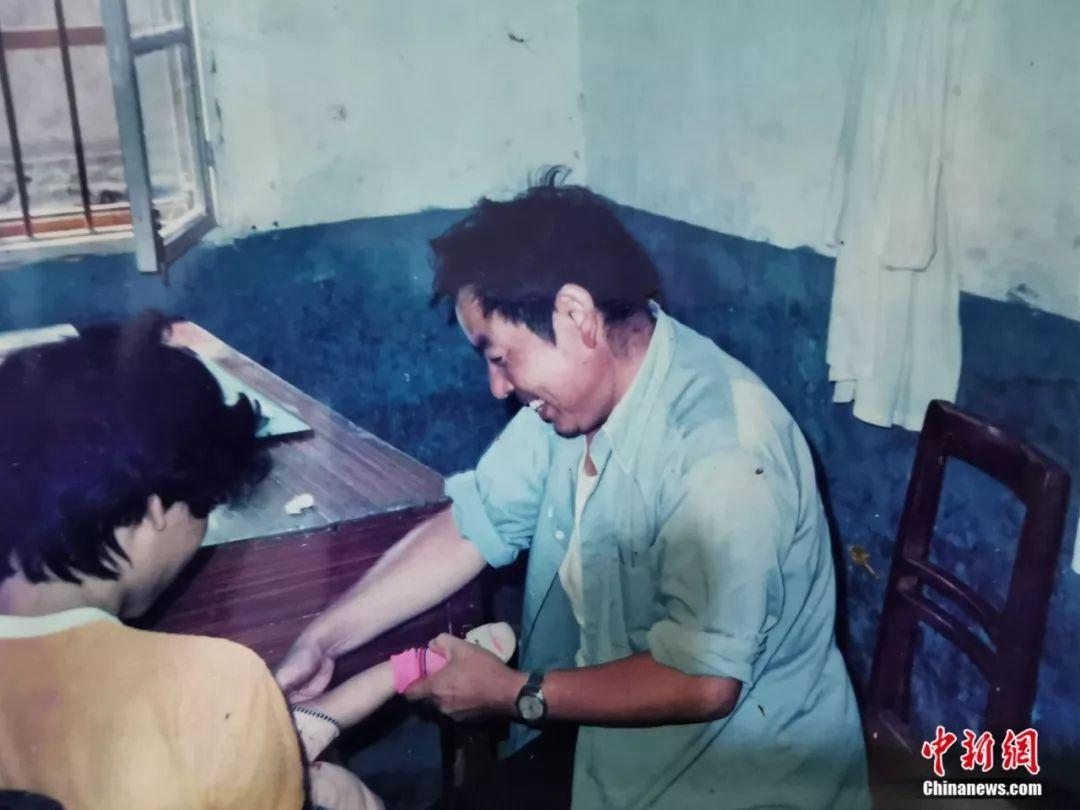 After finishing junior high school at the age of 17, Guo Wei followed his father Guo Qi'ai to study medicine and entered the village health clinic at the age of 19. He was diligent and hard-working, and accumulated a lot of experience in consulting the villagers. He was also admitted to the correspondence class of Hubei College of Traditional Chinese Medicine. Four years later, Guo Wei was transferred to Guojiaba Health Center, where he was diagnosed at the same time as his father.

In 2017, Guo Xinglong, a graduate of the university, participated in the Zigui County Health System Admissions and was admitted to the Guojiaba Central Health Center.

More than 20 years ago, the scene of two generations in the same room was reproduced, but this time, Guo Wei's role changed from son to father; unchanged, the birthmark of Beijing Huasheng is the best and newest, but it is the two generations who together build a prescription for each other Warm scene. 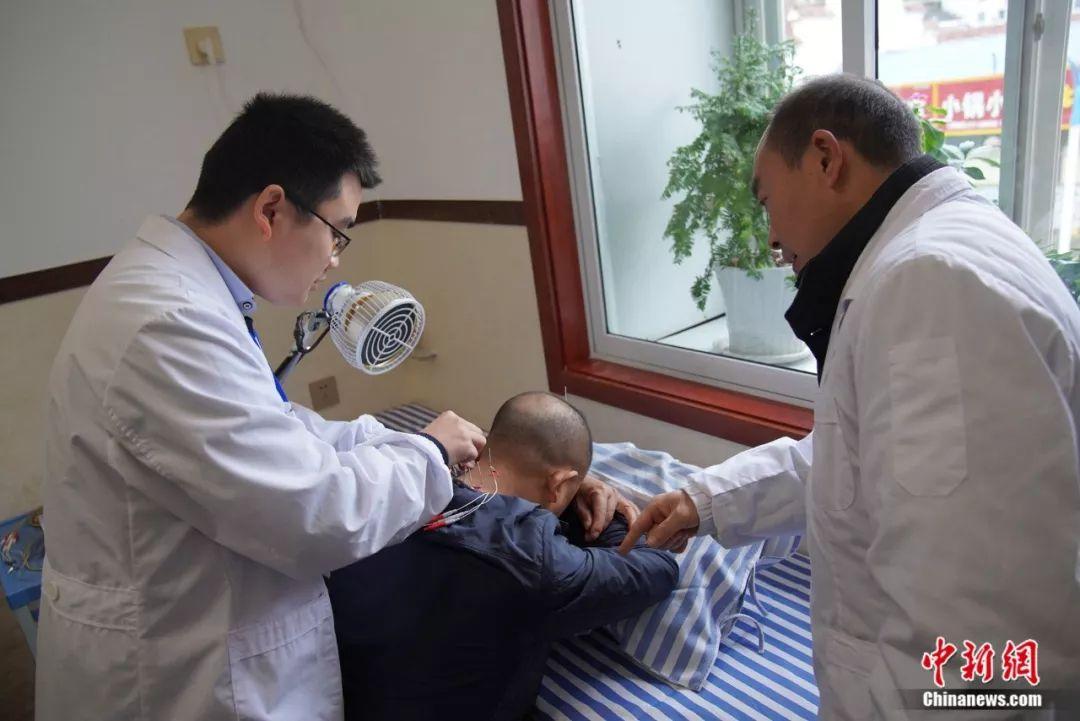 Guo Changhe named his son "Qi Ai", which means enlightenment of wisdom and fraternity; Guo Qi Ai named his son "Wei", and hoped that his son would protect the health of the people when he grew up; Guo Wei named his son "Xinglong" , I hope my son will prosper and inherit TCM. Everyone's name contains the hopes of the older generation, which contains the inheritance of spirit and faith.

Guo Changhe's name has always been a legend in Guojiaba. In the people's gradually blurred impression, the ancestors of most families in Guojiaba Town were shaded by "Mr. Guo". And Guo Qi'ai is the “Old Guo Mingming” who is still fresh in people's minds.

Guo Qiai taught Guo Wei what he had learned throughout his life without any reservations. Guo Wei also accumulated experience in practice and formed pediatric massage and treatment of coronary heart disease. He continued to research and innovate on the basis of the secret recipe left by his father, and mastered hundreds of prescriptions for different diseases.

Guo Weikai's traditional Chinese medicine prescription generally does not exceed 15 flavors, but the effect is good. 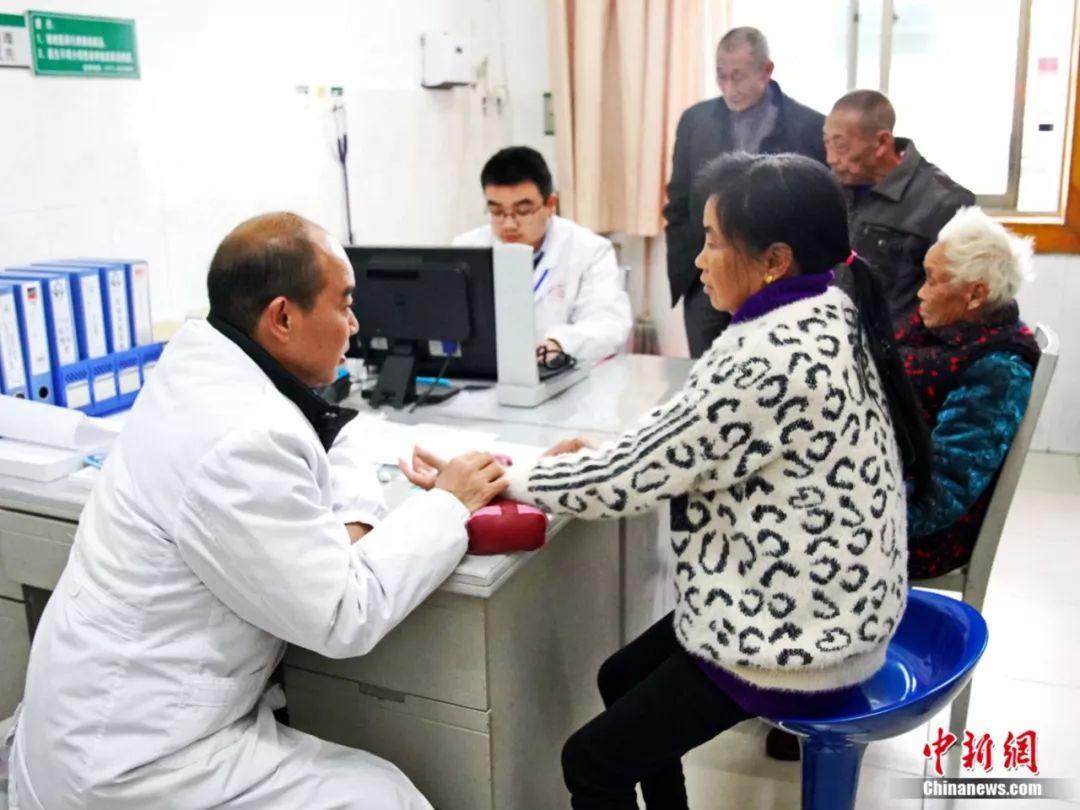 Guo Wei went to the clinic with his son Guo Xinglong

"In the past, people were poor. In order to alleviate the burden on the masses, grandpa and father used the principles of" simplified (precise prescription), convenient (easy to take), effective (effective), and cheap (cheap) "to make the poor people worthy He is ill and can afford medicine. "Guo Wei said that he must pass on this ancestral secret recipe all the time.

Guo Wei said that the essence of traditional Chinese medicine is a one-person, individualized treatment plan, which is the accumulation of many years of medical experience. If you want to be a good Chinese medicine doctor, you must be calm and have thick hair.

Guo Xinglong inherited the mantle of his father

In 2017, in the year of Zigui County's decisive victory against poverty, Guo Wei was sent to Guojiaba Village, the first village of Fufu Village.

The address of this article: http://fssdxjh.com/cloth/20191225/131534.html
related articles:
Previous post: In fact, it's nothing but the scenery is a bit intoxicating. It is the only city in China that can enjoy the tropical rain forest and ocean scenery at the same time.
Next post: The upper layer of this bus Jiang Jutao has been mostly destroyed